What is Normal Distribution in R

The normal distribution is the collection of random data from independent sources is distributed normally. We get the bell shape curve by plotting a graph with the variable’s value on the horizontal axis and the values’ count on the vertical axis. The center of the curve represents the mean of the dataset.

Functions in R for Probability Distributions

R distribution handles four functions to generate random numbers. First, there is a root name. The root name for the normal distribution is the norm. This root is prefixed by one of the following letters.

We will talk about rnorm() in this tutorial. As with pnorm(), qnorm(), and dnorm(), the optional arguments define the mean and standard deviation of the distribution.

It generates the Normal Distributions On Special Spaces. The rnorm() function helps to generate random numbers whose distribution is normal.

n: It is the number of observations(sample size).

mean: It is the mean value of the sample data. Its default value is zero.

sd: It is the standard deviation. Its default value is 1.

Create a histogram based on rnorm()

To create a histogram in R, use the hist() function. A histogram depicts the frequencies of values of a variable bucketed into ranges. The histogram is similar to the bar chart, but it groups the values into continuous ranges. 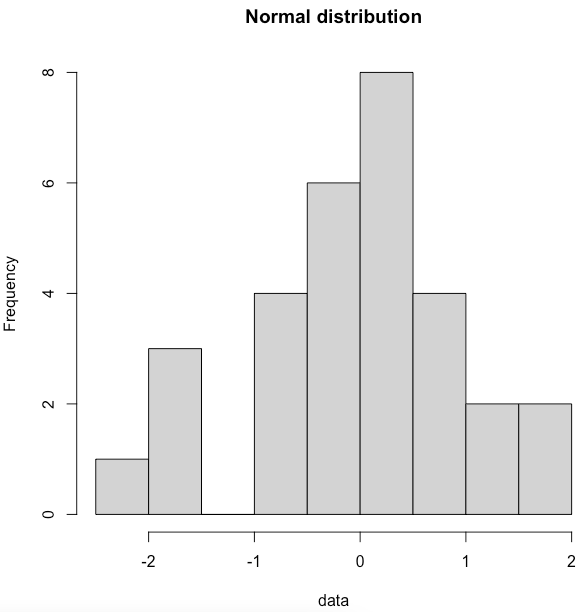 And we get the bar chart type of histogram based on the random data.

Let’s generate histograms based on these random numbers. 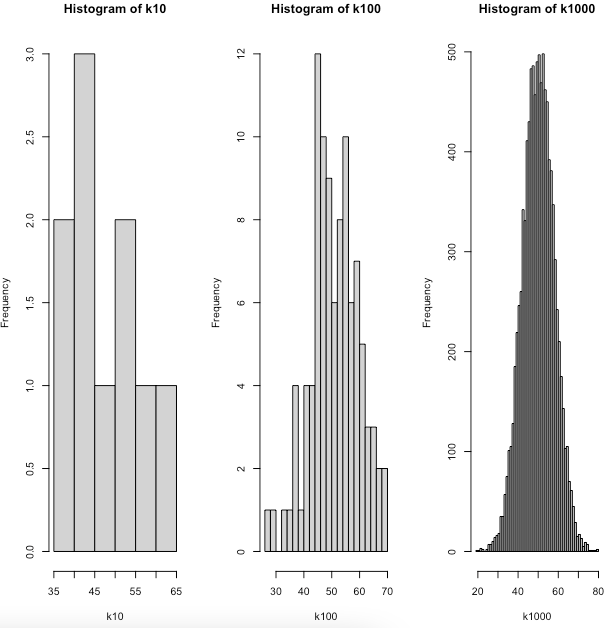 You can see that we have created three histograms using three different normal distributions.

To generate a vector of normally distributed random numbers in R, use the rnorm() function. The first argument n is the number of numbers you want to generate, followed by the standard mean and sd arguments.

1 thought on “rnorm in R: How to Use rnorm() Function”